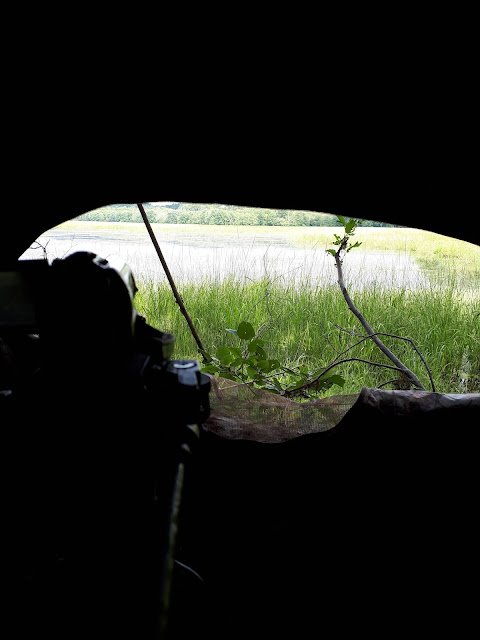 Where do you find your peace?  My wife would tell me she's an introvert where I'm kind of in the middle ground because I don't mind being in groups of people.  Though there may be truth in the statement, to give clarity I can put up with groups of people.   After I've been with a group of people or after I've facilitated a function I need to escape, to flee to a happy place, to abandon civilization.  One of the best gifts I ever received was my doghouse blind, it's a small hunting blind that fits in your car, can pop up and has 360 deg view so that you can sit in camo and not be seen.  It's great, and yes it's in the doghouse, but not often for being in trouble but more to the abandon civilization and return to a peaceful existence with nature.  The less noise from man the better.

I've added to that theme, I am now the proud owner of a Ghillie Suit, originally used for snipers in the military, the ghillie suit is a costume to allow you to fit in with your background, mine being the woods.  I don't hunt with a gun, I hunt with my camera.
Let's take an inventory;
1) The ground blind - the doghouse
2) The Ghillie Suit - To blend into the forest
3) The Bird Hide- Wood built structure in the backyard where I go in colder months to view birds and wildlife, to basically get away from it all.
4) The Turkey Chair - chair sits low to the ground, has a high back and is so comfortable you fall asleep and wake up with the neighbor's dog licking your face and being thankful it's Bella and not a Bear.  Then you start to think about what Bella might have been sticking her nose in and you want to clean your face ...or Barf.
5) The Camera
6) The Binoculars
7) The Cell Phone with all it's birding, wildlife and data apps that make being outdoors even more fun.  I tend to set to vibrate, so that calls, texts, and other annoying things don't bother me when I'm out in the zone.
8) My wife's favorite- The camo clothing- often worn as I'm often finding places to be where it's birds, bugs, and wildlife vrs being in places of people.

I've painted the picture- I enjoy being out in nature - blending in.

Often when I'm out in my happy place (the blind) I have time to think about things, contemplate where I've been and where I'm going, though in all honesty all I want to do is stay where I am, out listening and viewing nature.

Sadly - I'm finding that there are less and fewer places where you can get away from man-made noise.
Either there is the drone of the highway, the sound of a train, plane or automobile, bits and pieces of garbage, or the area you would love to go and sit quietly in now has a fence or a private property sign on it and is just for someone to own but not do anything with.  If I ever get to the point of having a home, I hope the land around it is crown land and undeveloped, full of beaver ponds, brooks and hardwood trees ( another disappearing feature of the landscape) that are filled with life.

The Clarity is the realization that it's getting difficult to find those spaces/places where I can unplug and be filled with nature.
Posted by Looking Glass Biome at 05:42 No comments:

This Tuesday, Feb 7th, from 7pm - 9pm we are having our first meeting for the Hampton Naturalist Club (HNC), and though part of the meeting will be to see who is interested in the club , we will have a time to share about sightings and the where our favorite places are in the area and why they are our favorites. 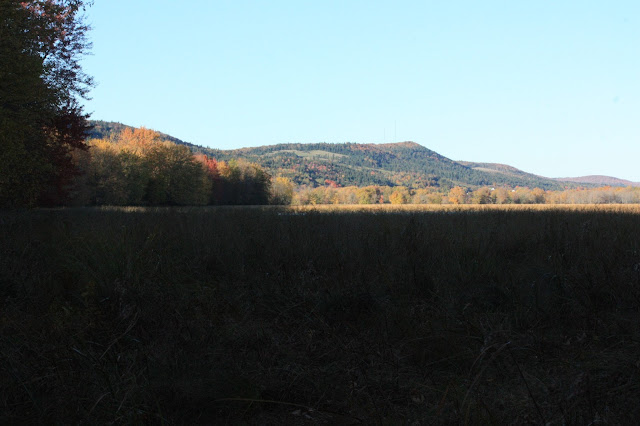 So I will present a photo slide show of some of the creatures I've taken pictures of in the area, while giving a talk about places in and around Hampton that we have enjoyed.   Then will open it up to the floor for anyone else who feels like sharing.

There will be a time refreshments and will talk about up coming field trips over the next several weeks, plus topic for the next meeting.   As we get up and running we will have guest speakers coming monthly who will talk about different aspects of the natural world .

I hope to have not just local field trips but some major outings including a trip to Grand Manan in May for Spring Migration.

Will post field trips and news of upcoming meetings on this site, hope to see you Tues Evening.